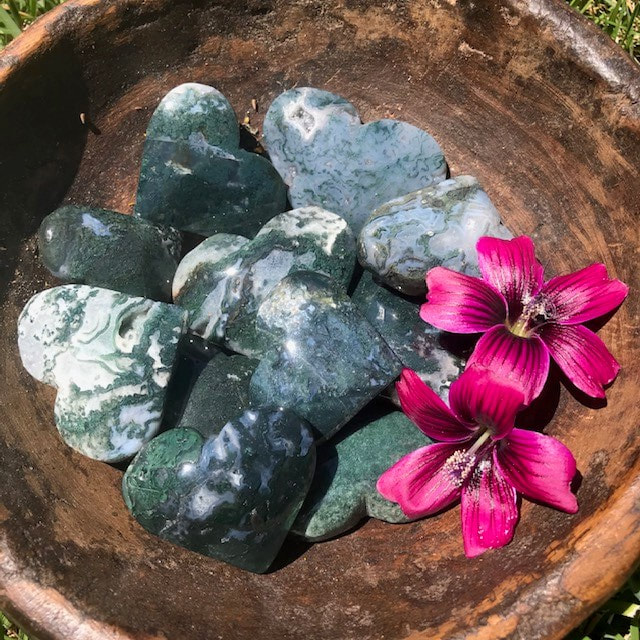 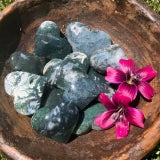 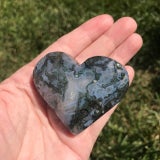 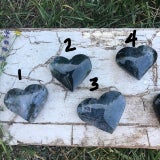 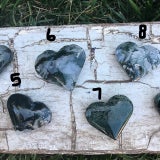 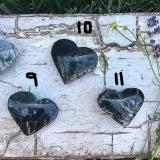 This listing is for your choice of 1 Moss Agate Heart.

*Each piece varies in size and color.*

Moss Agate is a translucent to white Chalcedony with rich, green moss-like inclusions.

The gentle, nurturing energy of Moss Agate encourages the user to appreciate and enjoy each moment on Earth, and assists the planet in its healing as well.

Moss Agate is considered a “birthing” crystal that can assist midwives in their work.

It also attracts wealth and abundance, improves self-esteem, and helps to calm and release fears.

Physically, Moss Agate may help with depression, especially when caused by brain imbalances. It cleanses and detoxes the circulation and elimination systems of the body.